Test project:
Fireworks created in a collaborative workshop between renowned pyrotechnicians and persons with disabilities

Fireworks created by renowned pyrotechnicians and persons with disabilities 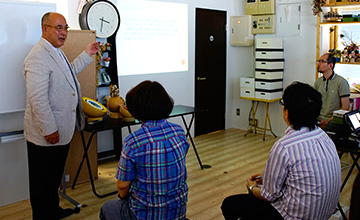 This past June, Japan’s most renowned fireworks experts teamed up with a group of persons with disabilities who typically do flower arrangements for a special collaborative workshop.

Thirteen people participated in the workshop. Normally, they work at an activity space called Applause Minami-Aoyama, which is operated by the Applause Association as a way to support persons with disabilities in joining the workforce through flower arranging. Some of the members have trouble with crowds and crowded places, so they find it difficult to attend fireworks festivals. Some have never even seen professional fireworks up close. There were some questions about how a fireworks workshop involving people who hadn’t had a lot of firsthand experience with fireworks would actually play out, but everyone listened eagerly to the talks given by the pyrotechnicians and asked a lot of questions. The workshop was held over four sessions and ended up being quite powerful—to the point that it sometimes ran overtime.

Using the knowledge they gained from the sessions, each of the thirteen participants came up with their own personal fireworks design, inspired by the Olympic victory bouquet. Just as you’d expect from a group used to flower arranging, the designs were heavily flower-based and tapped into a profound knowledge of flowers. Among them were ideas that were so wonderful that even the fireworks experts were genuinely impressed. Six designs were ultimately chosen from the thirteen after repeated discussions between the designers and the pyrotechnicians. The fireworks experts from the workshop were then charged with crafting them into real fireworks.
We hope you’ll make it out to one of the festivals so that you can see for yourself how these special fireworks turned out!

At the Japan HANABI Association, it is our fervent hope that this fireworks project, inspired by the Tokyo Olympic and Paralympic games, takes us one step further in becoming a society that is both physically and mentally barrier-free.

Creating a barrier-free world through fireworks 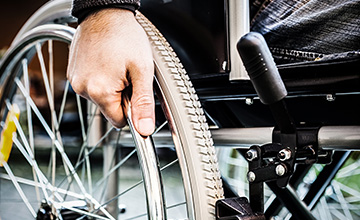 We also want to use this traditional Japanese art form to allow these designers with physical challenges to express themselves. In the process, we hope to add even more beauty to Japan’s traditional cultural practices while fostering the creation of a society that truly understands diversity and promotes harmonious coexistence for all.

At "2017 NARITA Fireworks festival in Inbanuma", we will launch "Fireworks created in a collaborative workshop between renowned pyrotechnicians and persons with disabilities"

For more information, visit the official event website at
http://narita-hanabi.com/2017/

The Applause Association was established on April 1, 2014. It is an official welfare service business for persons with disabilities as designated by the Tokyo metropolitan government (Type B Support for Continuous Employment). Persons with disabilities, including adults with developmental disorders, learn flower arranging techniques in a friendly group setting while also carrying out job tasks. Applause runs a flower shop called BISTARAI BISTARAI, which creates heartwarming bouquets and arrangements and is Japan’s first flower shop to promote the WelfareTrade* concept. Bistarai is a Nepalese word that means “slow down” or “take it easy”. BISTARAI BISTARAI was used as the shop name with the idea and the hope that artists with mental and physical disabilities would be able to take their time in carefully completing each bouquet. The shop is set up more like an art studio than a retail space, with each product custom crafted by hand to reflect the wishes of both sender and the receiver.

*WelfareTrade combines the ideas of social welfare and fair trade into a single concept. It is used to describe activities that support communities through the purchase of products made by those considered to be socially vulnerable at a fair price.

This project is commissioned by the Cabinet Secretariat’s Office for the Promotion of the Tokyo Olympic and Paralympic Games and is being implemented as part of a 2017 survey on basic policy promotion for the event.